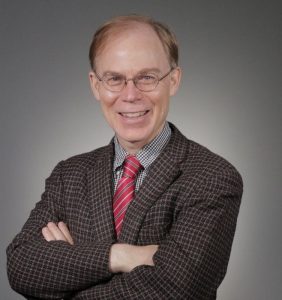 Martin Prince has been a Professor of Radiology at Weill Cornell Medicine and Columbia College of Physicians and Surgeons innovating in MRI and MR Angiography. He completed his PhD in Medical Physics from Massachusetts Institute of Technology, graduated with honors from Harvard Medical School, completed internship in internal medicine at University of California at San Francisco and Radiology Residency with fellowships in Interventional Radiology and MRI at Massachusetts General Hospital. Martin developed the nitinol IVC blood clot filter as an undergraduate and wrote a doctoral thesis on laser angioplasty but switched research focus to MR Angiography in 1991 upon hearing a grand rounds talk on MRA by Dr. James Potchen, our society’s founder who later invited Martin to attend the 1992 MR Angiography Club meeting in East Lansing Michigan. Upon returning from that MR Angiography meeting, Martin demonstrated contrast-enhanced MR Angiography inpatients at Massachusetts General Hospital and went on to publish over 200 manuscripts and 6books elaborating on this and other MR methods. He has also been an enthusiastic teacher and mentor with over 100 trainees many of whom are acclaimed faculty at prestigious Universities around the world.